For days up until Thanksgiving, Alice talked and talked about mashed potatoes.

She made up a little song – which she calls “The Birthday-Thanksgiving Song” – in which the lyrics deal principally with mashed potatoes. And when, at school, the children went around a circle, sharing what they were thankful for, Alice said, “Mashed potatoes.”

But, when it finally came down to it, she refused to try any. 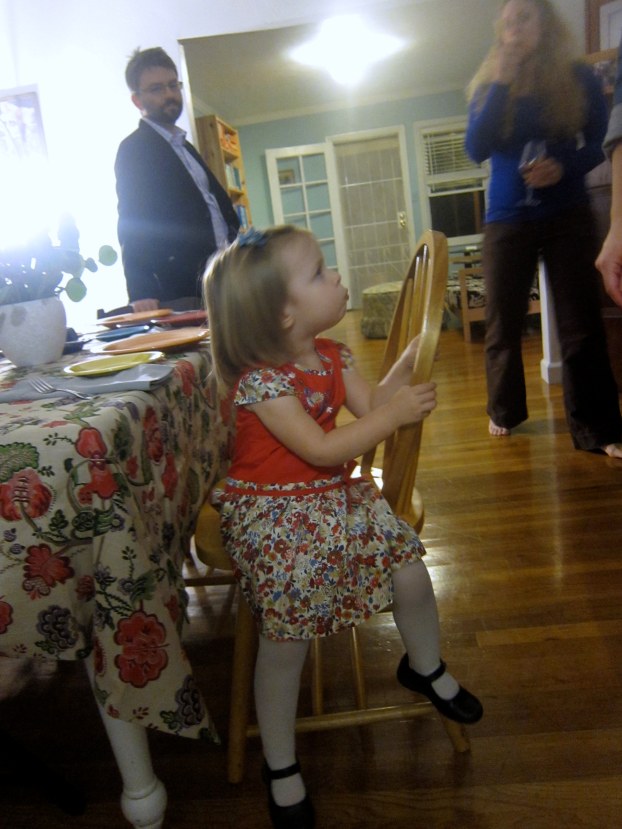 We spent the holiday at home. David’s sister flew in from New York, and two of our good friends came over for dinner. We dragged our kitchen table into the living room, put a new tablecloth on it, and everything was quiet and happy.

A couple of days later, with David’s sister still in town, we drove up to Railtown State Historic Park to ride the Santa Train.

It was a gamble. 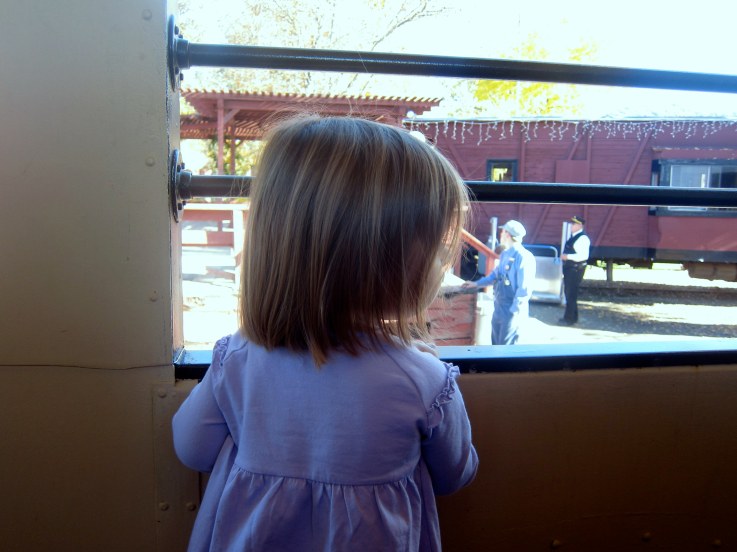 We promised that he loved children, that he was nice, that he brought toys. She was not convinced.

Finally, we had to promise that it was just pretend, just for fun. Santa wouldn’t come to our house if she didn’t want him to. And she seems satisfied with that.

On the Santa train, a handler passed out candy canes before Santa came around, and that sort of smoothed things over. Alice didn’t talk to Santa, but she smiled and waved. She didn’t cry. I think she’s come around a little, but is still uncertain. When we talk about decorating a Christmas tree, she nods and says, “so Santa will be happy with me,” as though he is someone you wouldn’t want to risk disappointing. And she still won’t let me read “The Night Before Christmas.” She’ll pull it from the shelf and say, “It’s just pretend, right?” 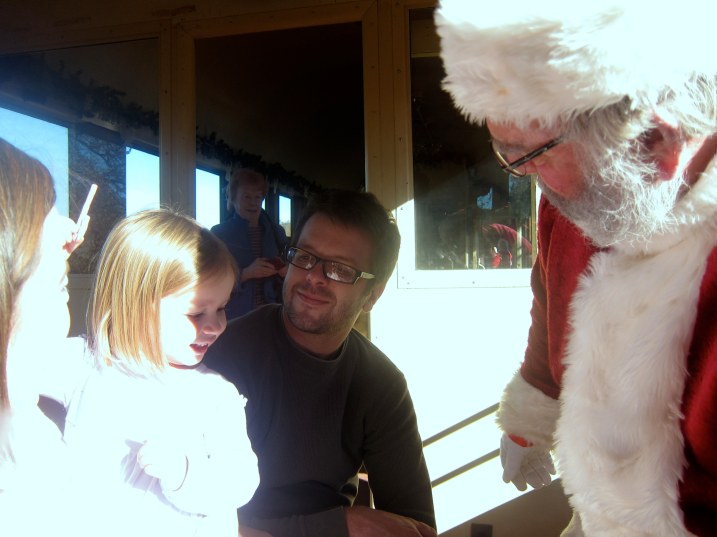